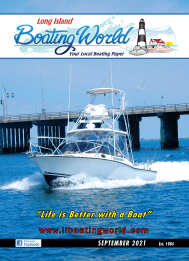 One of the most successful submarines of World War II, the USS Grayback, fought its last battle at the end of February 1944, but was never seen again. Commissioned on June 30,1941 she set sail for Pearl Harbor after about six months to join the war. Over a period of two years, she accomplished ten successful war patrols. Her deadly torpedo sank a total of 63,835 tons of enemy shipping, a total of fourteen ships. On March 17, 1942, the USS Grayback patrolling off Port Lloyd in the Japanese held Bonin Islands, sank a 3,291-ton cargo ship. Through the end of that year, she sank several freighters, enemy escort ships, submarine and various other shipping vessels.

Here are some of the many other notable events attributed to USS Grayback:
• It sank four landing barges with its deck guns on Dec. 25, 1942.
• It sank a Japanese sub on Jan. 3, 1943.
• On Jan. 5, 1943, the sub helped rescue six survivors of a crashed B-26 on the island of Munda Bay, earning Cmdr. Edward C. Stephan the Navy Cross.
• The USS Grayback was damaged on Jan. 17, 1943, by a depth charge and had to go back to port at Brisbane, Australia, for repairs.
• In May 1943, it was credited with sinking the Japanese cargo ship Yodogawa Maru and the freighter England Maru, seriously damaging the destroyer Yugure with torpedoes and damaging two other freighters.
• In September-October 1943, the USS Grayback formed the first of the Submarine Force’s highly successful “wolfpacks,” referring to a mass-attack tactic in which the USS Grayback, the USS Cero and the USS Shad teamed up to sink 38,000 tons and damage 63,300 more worth of material on enemy convoys. The USS Grayback was responsible for sinking a fleet tanker and two transport ships, including one already damaged by the Shad.

• In December 1943, on its ninth combat patrol, the USS Grayback used all of its torpedoes to take out four freighter ships carrying more than 10,000 tons.
Undersea explorer Tim Taylor, who is the CEO of a New York-based firm that provides autonomous underwater vehicles, discovered the USS R-12, which sank in an accident off Key West, Fla., in 1943. Taylor then established a privately funded group called the Lost 52 Project, dedicated to using new technology to find long-lost World War II subs. Along with his wife, fellow explorer Christine Dennison, his team found three more vessels before tackling the USS Grayback.
As part of a project known as the Lost 52 Project efforts at finding the resting place of sunken submarines, Taylor has been searching for the USS Grayback. As reported in the Washington Post, Tim Elfrin wrote “Tim Taylor was about to end the mission. His team had scoured the seabed off Japan with autonomous underwater vehicles, which are essentially high-tech drones, without a hit. His ship now needed repairs, and a $7 million drone had just reported an error on its latest dive. All that remained was to download the data from that drone before heading hundreds of miles back to shore. That is when they spotted it: An anomalous reading on the ocean floor, more than 1,400 feet deep. The next day, another submersible with high-definition cameras went to investigate. The images it beamed back left no doubt about what Taylor’s team had found: A hulking ship lay rusting in the pitch-black water. As the camera rounded the bow and panned to the bridge, an eerily preserved plaque came into view: USS Grayback. “It was amazing. Everyone was excited,” Taylor said in an interview with The Washington Post. “Then you realize there are 80 men buried there, and it’s a sobering experience.”
The USS Grayback was a Tambor-Class submarine and the first US Navy to be name after a lake herring. The Electric Boat Company laid her keel in Groton, Connecticut on Jan 31st 1941. She was commission on June 30, 1941. She departed New London for patrol duty in the Caribbean Sean on Sept 8th, 1941. She sailed for Pearl Harbor on February 8th, 1942.
Taylor’s discovery on June 5 solved an enduring 75-year-old mystery about the fate of the USS Grayback, one of World War II’s most effective submarines. The U.S. Navy confirmed on Sunday that Taylor’s team, part of a group dedicated to finding the 52 American submarines lost in action during World War II, found USS Grayback‘s final resting place in the ocean off Okinawa, Japan.
The news brought closure to relatives of the sailors lost that day. “There’s a book I read, and it said these ships are known only to God,” Gloria Hurney, whose uncle, Raymond Parks, died on the USS Grayback, told ABC News. “But now we know where the USS Grayback is.” The families of the 80 sailors who perished on board the USS Grayback now know where the loved ones are buried.
The Lost 52 Project is dedicated to finding the lost submarines like the USS Grayback. The Navy History and Heritage Command has verified the discovery of the USS Grayback. She was expected at Midway on March 7, 1944 but she never arrived and was presumed on March 30,1944. It was discovered that the historical documents erred in the translation of the longitude where the USS Grayback sank. It was not until a recent discovery of Japanese mission logs were searched that it was determined that she was actually some 100 miles away in the waters off the coast of Okinawa.
The discovery of the location of the USS Grayback is credited to the work of an amateur research named Yutaka Iwasaki, a systems engineer in Kobe, Japan, who works with Taylor’s team as an amateur researcher. It seems that Iwasaki was studying original Japanese military documents when he found reports of a Japanese aircraft bombing a submarine on Feb 27th, 1955. The Japanese plane dropped a 500 bomb. Researcher Iwasakai found that the Navy had mad a critical error in translating the reports by one digit which created a 100 mile error. Using this new information Taylor sailed into the open waters off Japan. Utilizing his latest submersible drones, he searched those waters. His ship had some technical problem, was about to pack up and leave when they spotted the USS Grayback.
The USS Grayback sank in February 1944 after a Japanese aircraft hit it with a 500-pound bomb. (Tim Taylor-Lost 52 Project). Tim Taylor said, “The most compelling moment was when the camera went from the bow up to the bridge and we all saw the plaque,” he said. “There was no doubt about it.” When Tim Taylor notified relatives Hurney and Kathy Taylor, whose uncle John Patrick King was on the sub, learned about the discovery live on camera on ABC’s “World News Tonight” on Sunday. Both women wept and thanked Taylor’s team.
“I committed from the very beginning when I was a little girl that I was going to find him or follow him or keep his memory alive, whatever I could do,” said Kathy Taylor, who isn’t related to Tim Taylor.”
Navy officials hailed Taylor’s discovery for closing a long-open chapter for the submarine and its crew. For more information go to www.Lost52/project.org.