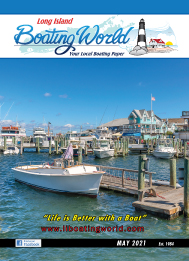 The sinking of a boat can be an emotional and stressful event for an owner. But in the grand scheme of things within the recreational marine industry, it’s something that happens regularly… at a slip, at a mooring, or in a quiet patch of marshland after breaking loose in a storm. For insurance carriers, it isn’t such an emotional affair. It’s just another property loss claim. Insurance claim adjustors will examine the facts and if payment is warranted, they’ll look at prices of comparable boats in the region. When it comes to large, complex claims, a thorough investigation might be warranted.

A boat owner could await the outcome of such an investigation with anticipation, hoping for a check that might at least soothe the anguish of losing their boat. But it isn’t always so simple and straightforward. The sinking part may seem straightforward, that much is true. But determining who is at fault for the sinking could be somewhat more complex. On an elementary level, the sinking could appear clear cut, as in “water got in and boat sank – end of story.” As long as one doesn’t ram their boat into an iceberg in broad daylight, it might seem that the loss should be reimbursed. Most sinkings at moorings or slips might seem to be out of the control of the owner.
But that’s where things can get a little tricky. Insurance carriers will look closely at the cause of the sinking. Where the boat owner might see the sinking as accidental, which the law treats as a “fortuitous” event, the insurance carrier might not see it as accidental. A lightning strike might be accidental… but failing to maintain a bilge pump? Not so much.
Another possibility is what a boat owner sees as purely bad luck, an insurance carrier could see as a failure due to “wear and tear.” In other words, it wasn’t some unforeseeable event that caused the sinking, but instead was a failure to exercise due care in maintaining a through hull fitting or stuffing box.
That means the insurance carrier’s marine engineering expert who was called in to investigate the sinking might discover things like deteriorated coolant hoses or corroded hose clamps. And if the expert’s report points to such things as being the actual cause of the sinking, reimbursement for a sinking could be denied.
The fortuitous event, mentioned above, is treated as an accident. Just as with an auto policy, there are accidents. And accidents should be covered. That’s the whole point of buying insurance. This could especially hold true in all-risk policy. One should be covered for all risks, other than risks that are specifically excluded. And there, the fortuitous or accidental loss should be covered.
In a Florida case heard in the Third Circuit Court of Appeals, a 65-foot boat sank behind the owner’s home. The insurance carrier sent their specialist to investigate and they found 3 inches of standing water in the forward cabin bilge. There were multiple potential sources of water entry, including a hole the hull the size of a screw. The specialist also found that the electrical breakers were severely rust-stained and blackened from an electrical failure, and that the battery charger was not working, and bilge pumps were no longer working.
There was an all-risk policy in effect for the boat. But the court held that all risk is not synonymous with all loss (Intermetal Mexicana, 866 F.2d at 75). The boat owner in such a setting would need to prove the loss was indeed fortuitous. In the First, Second, Fifth, and Eleventh Circuits, the insured party bears the burden of proving that a loss was fortuitous (Banco Nacional de Nicaragua v. Argonaut Ins. Co., 681 F.2d 1337, 1340, 11th Cir. 1982). The court ruled in favor of the insurance carrier.
What’s the lesson here? The lesson may be that when a boat sinks, even where the whole thing looks like an accident, many issues could be raised by the insurance carrier. Did the boat owner meet the burden of showing that the loss was indeed accidental? Could other factors be shown to have caused a sinking – rotted hoses, deteriorated heat exchangers, damaged through-hull fittings, non-working bilge pumps, etc. Sometimes what the boat owner may see as a self-evident case for an insurance claim could be open to debate.
Ref: Chartis Property Casualty Company v. Inganamort, No. 19-1903, United States Court of Appeals for the Third CircuitLegal Perspective –