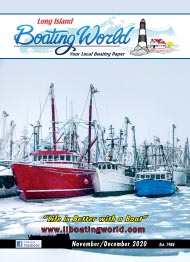 From the advent of submarine design, a crucial obstacle was the ability to provide life support for the crews and later-on combustion air for propulsion engines, hence, early submarines ran solely on batteries while submerged and so were considered to be electric boats. And although present-day nuclear-powered submarines can theoretically remain submerged and support life for many years, they still rely on a battery and a diesel generator as a backup to their nuclear reactors and their main propulsion and all systems operation are by means of electricity. This is why the company founded by the inventor of the first submarine sold to the U.S. Navy, John Philip Holland was named the Electric Boat Company and is currently owned and operated by General Dynamics Electric Boat Division that is still the primary contractor for U. S. Navy submarines.

During the earliest days’ modern submarines had to surface and open their hatches in order to recharge batteries and ventilate their internal atmosphere of stale and contaminated air and to replenish breathing air for the crews. This became an even more critical problem during the two World Wars because it left them vulnerable to enemy attack. However, during WWII a major breakthrough innovation was developed called the snorkel mast that allowed a submarine to come to periscope depth, raise its snorkel tube and draw in fresh air for the engines and to ventilate the atmosphere, and it allowed the sub to operate at periscope depth and run its diesel generators to recharge batteries while remaining hidden from the enemy and remain moderately safe from attack.